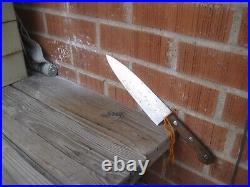 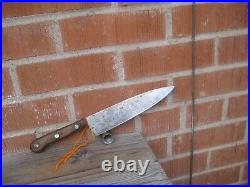 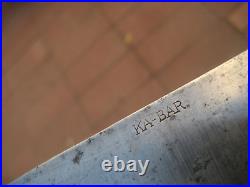 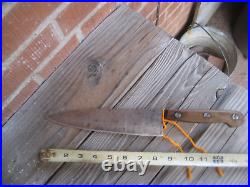 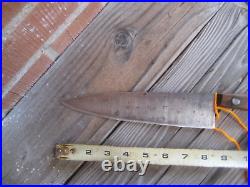 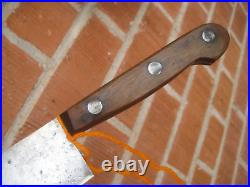 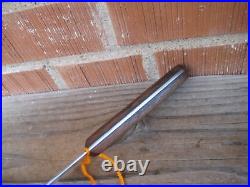 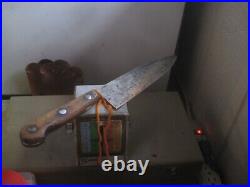 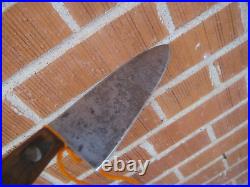 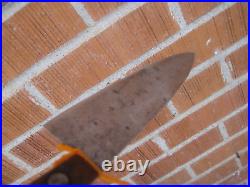 This knife has the blade forged from the fine carbon steel. Designed to take a finer edge and hold it longer providing sharp cutting satisfaction. The handle is triple riveted over the full tang. To sure fitting for durability, strength, & balance. Weight 6 - 8 oz. Lots of pitting patina on both sides of the blade (last two photos), blade structure is good. Maintenance Suggestion: Hand wash only in warm water after using, especially if used on foods that have acidic sauce/liquid.

After washing it, wipe the blade and handle completely dry. Use of electric knife sharpener or dishwasher not recommended.

None of the material may be copied or republished. This item is in the category "Collectibles\Kitchen & Home\Flatware, Knives & Cutlery\Flatware Sets".

The seller is "187onhung" and is located in this country: US.